"Vincent Canby of The New York Times praised Chaplin and Rey; "The main reasons to see the film are the two leading performances. Mr. Rey is always an interesting presence, and Miss. Chaplin as in all of her Saura films, reveals qualities of feeling, control and beauty that no other directors have ever found."[2]

Saura was nominated for the Palme d'Or for the film, and won Best Director at Spain's Cinema Writers Circle Awards.[3] .......

I checked out Over the Brooklyn Bridge, which I didn't enjoy as much as I wanted to enjoy it.

Among the ensemble cast, I was impressed with the performance of Burt Young (playing a character who had a bit more range to him than Young's stock Dese, Dem, 'n Dose toughs) and the beauty of Carol Kane (whose hairstyle made her, to me, resemble Ann Sothern). 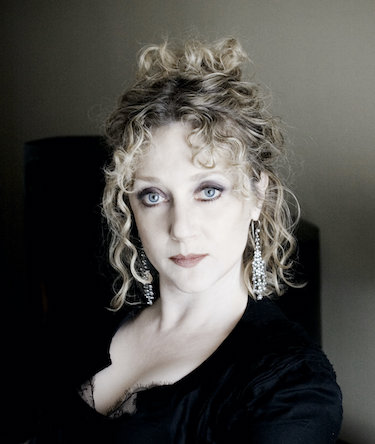 "Start every day off with a smile and get it over with." -- W.C. Fields
Top

Portnoy's Complaint (1972)
1h 41m | Adaptation
During a session with his psychoanalyst, Alexander Portnoy rants about everything that is bothering him and it's a long list. His complaints include his childhood and his family with an emphasis on his mother, his sexual fantasies and the problems that he has with women,....

"Vincent Canby of The New York Times called it "an unqualified disaster as a film, a ponderous, off-center comedy that... is almost as tasteless as many idiots—people who don't know the difference between good tastelessness and bad tastelessness—thought the novel was, wrongly."[3] Gene Siskel of the Chicago Tribune gave the film one star out of four and wrote, "Ernest Lehman, who served as script writer and director, has replaced Alex's energy with surprisingly tame and traditional Hollywood melodrama visuals, and when these visuals are matched with a soundtrack full of dirty language, the effect is depressing."[4]
Variety was positive and called it "a most effective, honest in context, necessarily strong and appropriately bawdy study in ruinous self-indulgence. Besides adapting the Philip Roth novel into a lucid, balanced and moral screenplay, and producing handsomely on various locations, Ernest Lehman makes an excellent directorial debut. Richard Benjamin heads an outstanding cast."[5] Charles Champlin of the Los Angeles Times described the film as an "honorable failure".....

I've never seen either of these films. Looks like a good double-feature pairing!
Top

The first is a gem, haven't seen the second, which btw, is not mentioned on my online schedule or on the TCM website.
Top

In Cuba, businessman Jose Rodriguez finds himself in a dilemma when loan officer Senor Gonzales tells him that he will approve his loan only if Gonzales' son Estaban is permitted to marry his daughter Manuela (Rita Moreno). Jose reluctantly consents to the arrangement, but soon after, Manuela's boyfriend, Pedro Sanchez, asks him to give his blessing to their marriage. When Manuela learns of her father's arrangement, she and Pedro, with the help of her sister Estelita, try to elope. .......

CIA-trained detective Solomon King has to use all of his dirty tricks and experiences to get revenge on the person responsible for the murder of his girlfriend. A trail leads him to a desert in the Middle East…
Director
Sal Watts
Cast
Sal Watts, Watts, Claudia Russo

"“The film itself looks wonderful […] And music fans should take note of Solomon King’s soundtrack which, apart from a great funk score that’s as good as any studio film of the era, features a pair of performances at a club he owns […] Fans of 70s action films in general as well as the blaxploitation genre and vintage independent cinema should all enjoy Solomon King.” 4/5, Voices from the Balcony....

Wow thanks for that heads up on SOLOMON KING - I had skipped over it, not usually liking revenge/violence movies. Reading the above quote about the score makes it worth giving it a look!
Top
Post Reply
38 posts