Joe, I'm intrigued by the caption-banner on this one: does it date current to the year of the photo? And what periodical ran it (with the caption)?

.
It's obviously a cock fight and I feel so sorry for that little girl standing next to Flynn. She looks like she wants to shrink into the dirt. How could she be admitted to such a thing, and what kind of father would bring her? The reactions to the various people looking on are quite self explanatory aren't they? Some mortified, some curious, and some actually enjoying it, sick, sick, sick.
.
Anne

I enjoy a good cock fight - north of Mexico, they're getting hard to find!
Top

klondike wrote:I enjoy a good cock fight - north of Mexico, they're getting hard to find!

mrsl wrote:It's obviously a cock fight and I feel so sorry for that little girl standing next to Flynn. She looks like she wants to shrink into the dirt. How could she be admitted to such a thing, and what kind of father would bring her?

I believe that young lady in the picture is Beverly Aadland, Errol Flynn's underage girlfriend, who began dating the actor when she was fifteen. I don't believe that there was a father present in Ms. Aadland's life during this time, (though the girl apparently did have a doozy of a stage mother), so Errol probably came as close as anyone to being a father figure of sorts, in his own demented way.
Avatar: Frank McHugh (1898-1981)

Klondike, the Flynn picture had no further information attached to it.
Joseph Goodheart
Top 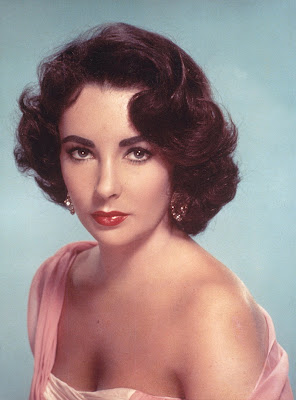 More Elisabeth Taylor - Here's some nice photos when she did Cat on Hot Tin Roof with Paul Newman.
I love her in this movie, l love her in Cleopatra, I love her sex appeal, and most of all when she was young doing National Velvet - she captured my fancies - her eyes are bewitching - almost cat-like - these two pictures are my favorites ... I do find her quite quite ravishing and I wished I could see more of her movies. I was told my a friend of mine that Cleopatra was on TCM - and I kicked myself in the pants for not watching this epic film. Phooey on Me!
Top

If not first place, he's gotta come in second or third . . he was the original team leader on "Mission: Impossible" in the mid 60's, and I don't believe he retired from the original "Law & Order" series til '99 or so.

Klondike, Hill only lasted one season on "Mission: Impossible" and was briefly suspended from the show near the end of the season, during the production of episode no. 23 (entitled Action!). The suspension was imposed after he refused to climb the rafters via a sound stage staircase, as was called for in the script. Consequently, Hill was written out of that episode, and when he returned to "Mission: Impossible" for the five remaining episodes of the season, his role was severely reduced. Hill was not asked to return for season 2, and was replaced as the show's star by Peter Graves.
Hill remained on "Law & Order" for ten seasons.
I was thinking about James Arness who starred on "Gunsmoke" for 12 seasons.
Joseph Goodheart
Top

Mr. Arness is a very durable actor - he was fortunate to play Matt Dillion for twenty seasons. I always admired his acting ability his sense of style and he was a very likable guy indeed. My older brother met him in person and got an autograph from him while he was in Hollywood in the last two seasons of Gunsmoke.

Gunsmoke is one of my favorites - and I wanted to thank Miss Goodness - if she see this post - that she reminded me that Encore Westerns is showing Gunsmoke in black and white ... I never get to see them ... boy, they are good. Thanks Miss Goodness for the timely TIP.

Thanks for the correction, Ken. Mr. Arness is most likely the champ...?
Joseph Goodheart
Top