I have been reading this and it's terrific. Basic premise, the author has taken many interviews he did with lots of film legends of the 30s-60s, removed his own questions and comments, and turned it into a conversation between the actors. It doesn't actually read like real conversation, but it's a series of related anecdotes and stories of old Hollywood, the studio system, and their interactions with one another. I'm only about halfway done with it but I highly recommend it. Also, it's really, really inexpensive, with copies available for one cent. 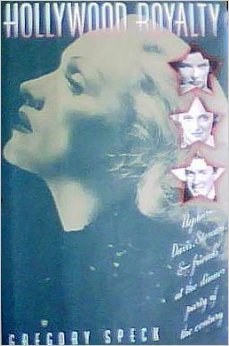 Re: Hollywood Royalty by Gregory Speck

Re: Hollywood Royalty by Gregory Speck

He's apparently quite famous as an interviewer, or was at one time.
Top
Post Reply
3 posts • Page 1 of 1