I believe that Peter and I had talked once on the phone a month or so before the TCM event. And we sat and had some drinks for an hour or so before we went on stage. Peter gave me a lengthy, good-natured lecture about how I was poisoning myself by drinking Coca-Cola. I promptly opened another can. We had a great, loose time backstage so we were in a good place when we went onstage.
We talked a lot more in the months after that for the book. I like Peter a great deal.
Top

Oh, I don't think it was rebelliousness so much as a mulish stubbornness. Jim Stewart simply couldn't be talked into doing anything he didn't want to do. His daughter Kelly told me he was the most stubborn man she's ever met in her entire life
Top

Thank you to Scott and all visitors to our site for returning today.

In several films, Henry Fonda and James Stewart demonstrated that, while they may have held different political views privately, they were keenly aware of the corrosive effect of violence on a society and individuals. Do you think that they discussed these themes and did they have films that meant more to them because of this?


Did you see any of their movies from a different perspective after this book?
Avatar: Frank McHugh (1898-1981)

I wouldn't be at all surprised. Fonda's letters during WWII are angry about the insanity, angry about the senseless loss of life. He realized the war was necessary, but he seemed to be prematurely channeling Yossarian, Joseph Heller's great character.
Stewart was less conflicted. He felt that his skills as a pilot were useful, and seemed to have few doubts about his mission.
That said, he had more retroactive stress after the war. Consistent nightmares, easily startled by loud noises. Fonda reported nothing like that. I think his anger acted as a shield.
Top

Thanks for returning again today, Scott.

I appreciate your responses.

Can you share with us some of Jimmy Stewart's professional incidents of stubbornness? Did he adamantly refuse a role on personal reasons? Did he ever refuse to do a scene because he was morally against it or found it offensive emotionally?

Did you discover any of Stewart's reaction to Fonda's role in Once Upon A Time In The West? I also wonder how Fonda ultimately responded to his own performance in that film.
Blog: http://suesueapplegate.wordpress.com/
Twitter:@suesueapplegate
TCM Message Boards: http://forums.tcm.com/index.php?/topic/ ... ue-sue-ii/
Sue Sue : https://www.facebook.com/groups/611323215621862/
Thelma Ritter: Hollywood's Favorite New Yorker, University Press of Mississippi-2020
Avatar: Ginger Rogers, The Major and The Minor
Top

Scott, you wrote that "Anyone who knew him was aware of the fact that he had cut a swath through Hollywood that Errol Flynn might have envied—not that he got any credit for it," about Jimmy Stewart, not the five-times married (and very handsome) Henry Fonda!

I was vaguely aware that Stewart had dated Ginger Rogers for a spell, but Norma Shearer & Olivia de Havilland? Your book surprised me a bit, though Fonda knew better, according to some comments you cited. How did Jimmy Stewart keep things so quiet? 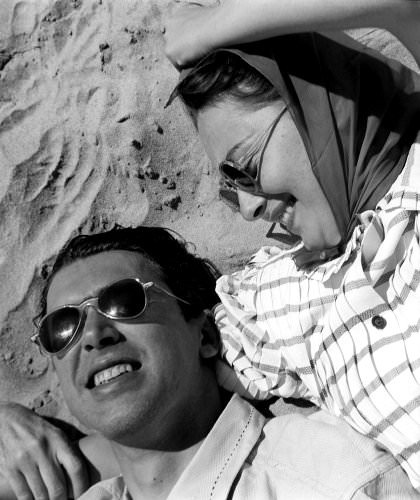 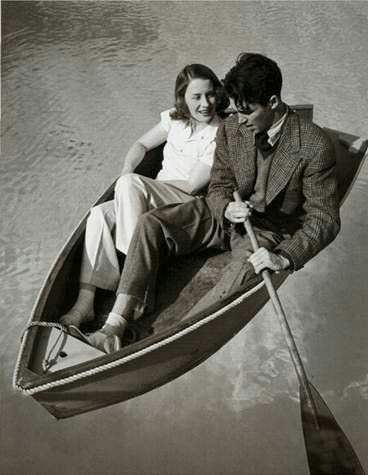 Also, if J.S. did get a bit fed up with the "apple pie image" that he was tagged with by the press as his reputation grew, did he ever consider taking a daring villainous role like Fonda did for Sergio Leone?

Stewart was somewhat protective of his image, but not obsessive about it. He might have had a problem with elements of Vertigo, for instance, but he trusted Hitchcock implicitly. Besides, they were partners in the films they made together, which were, Vertigo excepted, very profitable.
He turned down To Kill a Mockingbird because he was uncomfortable with the Southern racial basis of the story. His wife never let him forget it; she thought rejecting the part was a terrible mistake.
I don't believe Stewart would have played an outright heavy.

As to how he got away with his affairs before his marriage...he was always a gentleman and most of the relationships were of short duration. Shearer was only a month or two.
Top

Fonda loved making Once Upon a Time in the West, although he was disappointed in its commercial failure in America. He went back to Italy a year or two later to make My Name is Nobody, which was also directed by Sergio Leone, although signed by someone else. He very much enjoyed playing a b******, which he'd done years before in Fort Apache. Again, I suspect the fact that he was usually typecast as virtuous limited his opportunities to play mean.
Top

One of Henry Fonda's best but least known roles appears to be Hitchcock's somber THE WRONG MAN, in a story that reflects real, unpredictable injustice as well as a wife's instability under pressure. 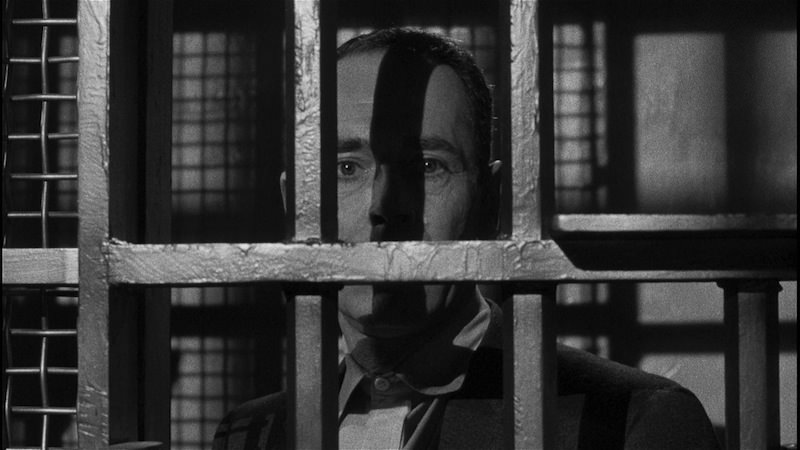 Did the elements of this story and the lead character's inability to fathom what is happening to him and his wife resonate painfully with the icily shy Fonda?

Did he regard the film as a career benchmark as he surely did THE OX BOW INCIDENT & TWELVE ANGRY MEN?
Avatar: Frank McHugh (1898-1981)

He loved the film and loved working with Hitchcock. Precise, pointillist directors were what he liked. Of course, nobody saw the film because it's dour and jagged and out of Hitchcock's niche. I think I call it "the worst possible nightmare of two control freaks." Manny is imprisoned by accident and he's freed by accident as well. No heroics are possible. Very unsettling movie, and the sort of part a lot of stars would avoid because the character is completely impotent.
Top

Thanks for those answers. I don't blame Gloria Stewart for being upset about his turning down TO KILL A MOCKINGBIRD, though it's hard to think of any other Atticus Finch than Gregory Peck.

Could you please touch on how the two friends worked with John Ford? Did Stewart approach working with the legendary director in THE MAN WHO SHOT LIBERTY VALANCE forearmed, perhaps, thanks to Fonda's experiences?

Was THE MAN WHO SHOT LIBERTY VALANCE Jmes Stewart's last, great role in your opinion? I also wondered if he & Wayne were friends?

BTW, Stewart is heartbreakingly effective if glimpsed only briefly in John Wayne's last movie, when Jimmy played the flinty doctor in THE SHOOTIST.
Avatar: Frank McHugh (1898-1981)

He loved Ford, because he was basically visual, which Stewart also thought was the best way to make pictures. I'm sure Fonda and he talked about the old man, but Ford never turned on Stewart, saving all the grief for John Wayne - who else?

I think Stewart's last great movie is The Flight of the Phoenix. Nice performance too, but it's basically an ensemble film, not a star vehicle. That said, he's playing a disheveled flight rat, with dirty clothes and two weeks of beard. He was a sucker for any kind of airplane movie.

He and Wayne were friends. With Wayne he could even talk politics!
Top

It’s nice to know Stewart was friends with Wayne, and could even talk politics with him.

Stewart's son Michael has it in his house.
Top

Thanks, Scott. Congratulations on your wonderful new book. I hope to see you at the TCM Film Festival 2018 sharing your stories about these two men or engaging in a Club TCM Interview.