Robert Donat was one of the great actors of his generation, but one wonders if not for his ill health, just what he might have acheived. Donat made only 19 films, turning down many roles, but his health was so bad in the 50s that insurance comapanies for the most part refused to allow him to work.

What makes Donat's career even more remarkable was that he made only one Hollywood film, The Count Of Monte Cristo, though did join MGM, who employed him at MGM British Studio, so his UK films were sure of a global audience.

Robert Donat first came to attention in a supporting role in The Private Life Of Henry V111, which was the first British movie to take Hollywood by storm. Charles Laughton won best actor in the film, but Donat on the strength of it was offered a small budget film The Count Of Monte Cristo. However, Donat managed to persaude the producers to turn the film into a major epic, which got his career of and running.

Though he had an affair with leading lady Elissa Landi, Donat hated Hollywood and never returned. He was offered Captain Blood, which I think would have led to 'Robin Hood' but he pulled out at the last minute and unknown Errol Fynn became an over night sensation as his replacement (I can't imagine the fragile Donat in something as athletic as Robin Hood)

However, in the mid 30s, Donat, like Flynn was hot. He played Richard Hanney in Alfred Hitchcock's The 39 Steps with Madeline Carrol, a film that has one of the best bedroom scenes in movie history. There was The Ghost Goes West and the medical classic The Citadel with Rosalind Russell. However, I prefer the 80s tv series of The Citadel, which was closer to the book with star Ben Cross widowed when wife Claire Higgens is knocked down by a car, whereas in the film it's Ralph Richardson that dies.

Donat won an Oscar for Goodbye Mr. Chips, beating off Clark Gable for GWTW and James Stewart for Mr. Smith Goes To Washington. He played a young school master, who ages to 83. It was intersting to see an actor, who died so young, playing an old man. The film also marked an impressive peformance by Greer Garson.

In the mid 40s IMO like Errol Flynn his best films were behind him, but he still had plenty to offer with Perfect Strangers with Deborah Kerr and The Winslow Boy with Margaret Leighton and Cedric Hardwyck. He also did Cure For Love with future wife Renee Astherson, who is still alive today.

I'm amazed The Magic Box isn't that well known in America, because of its theme and all star cast. Donat played William Friese Green, an inventor who was alleged to have invented the movie camera, though most will say it's Thomas Edison. It's hard to believe that Donat didn't want to do the most famous scene in the film, where in a flat in a back alley he shows policeman Laurence Olivier, the first ever motion picture. He thought a big star like Olivier in what was a cameo role, would damage the scene. Donat was wrong and producers the Boulting brothers right in casting Olivier in such an important scene. The two were magnificent together.

Now his health was failing and work was hard to come by. He played a dying vicar in Lease Of Life with Kay Walsh.

Donat went out with a bang with his last film The Inn Of The Sixth Happiness as a manderin. His last words to star Ingrid Bergman 'We Shall Never See Each Other Again, I Think. Farewell,' Is a very moving part of the film. However, It was also a goodbye to his fans, as he died shortly afterwards.
Top

I forgot to mention Knight Without Armour, a film Donat made with Marlene Dietrich
Top

Although I love him as Mr. Chips, I think my favorite film with Robert is Perfect Strangers. I don't think of him as a raike, but he did real justice to that film at the end of the war. I didn't know he had such a hard life medically speaking, and I thoroughly enjoyed him as the mandarin to Ingrid.

Robert Donat suffered from really bad asthma all his life. He may well have had a stutter early on, but I think took up acting to sort out that particular problem.

He was also a cumpulsive worrier, whch wasn't a healthy combination mixed with his asthma

stuart.uk wrote:I forgot to mention Knight Without Armour, a film Donat made with Marlene Dietrich

During the making of this movie, he was having serious asthma trouble and the producers wanted to ditch him, but Dietrich wouldn't let them. According to her daughter, she helped him practice a technique that allowed him to deliver his lines without triggering his asthma. No affair with this cosatr though--she referred to him as "the knight without asthma." Lovely film to look at (Donat and Dietrich are a beautiful pair) but not a lot of substance.
"We are all in the gutter, but some of us are looking at the stars. "~~Wilde
Top 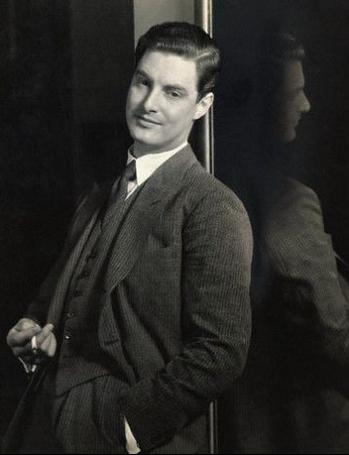 Though today he seems to be only remembered for one film, I would respectfully suggest that films other than "Goodbye, Mr. Chips" (1939) be screened by anyone who wishes to see why this gifted actor was a legend in his own brief life.

If you see only one other movie--make it "Knight Without Armour" (1937-Jacques Feyder), a story that is essentially about an individual clinging to his humanity in the midst of chaos and brutality. Here are two splendid tribute videos for Donat with one of my favorite moments from "KNA" as Donat recites a few lines from Robert Browning's "Prospice":

As Marco pointed out on Facebook, we should include The 39 Steps (1935) as one more movie most people would know Robert Donat from, as well as Chips! Thanks, Marco.

I've never heard of "Knights Without Armour" so I'll look for that one. I did see "The Citadel" again last week and that was a good one.
Chris

Chris, KWA is an amazing movie. It starts off a tad slow, but when it gathers steam...boy, howdee, what a movie!!!

Outstanding actor. I like CHIPS, GHOST, CITADEL. 39 STEPS is my favorite Hitchcock film! Might PERFECT STRANGERS be also known as VACATION FROM MARRIAGE? That's not a great movie. But Donat and the wonderful Ms. Kerr are delightful.
Top

I forgot about Vacation From Marriage! It is a sweet, serious look at the way we view others, and the way we ourselves are viewed, in the day to day sameness of living with another person. When that sameness is exchanged for travel, new faces, danger and excitement, that sameness can be either longed for or abandoned. Glynis Johns almost steals the movie...until that fateful weekend leave.....
"Life is not the way it's supposed to be.. It's the way it is..
The way we cope with it, is what makes the difference." ~ Virginia Satir
""Most people pursue pleasure with such breathless haste that they hurry past it." ~ Soren Kierkegaard
Top

I did a quick search and below are the Donat videos I found online (for the moment). No copies of The Ghost Goes West (1935), The Citadel (1938), The Winslow Boy (1948), The Magic Box (1950) or The Lease of Life (1954) online that I could find (maybe others will have more luck. The Lease of Life (1954) is out on DVD this month in Region 2 as part of The Ealing Studios Rarities Vol. 11. There's a review of this intriguing sounding movie included in a summary of the set here. Maybe this will come out in America too.:

The Adventures of Tartu (1943):
[youtube]http://www.youtube.com/watch?v=3SmZbhuJGOs[/youtube]

Vacation From Marriage (1945) is currently on youtube (I doubt if it will be there long):
[youtube]http://www.youtube.com/watch?v=fJr5F9C44RU[/youtube]

moira, Donat's recitation of the Browning poem in KNIGHT WITHOUT ARMOUR is one of my favorite movie moments.

I love him.
Top

knitwit45 wrote:Chris, KWA is an amazing movie. It starts off a tad slow, but when it gathers steam...boy, howdee, what a movie!!!

Oh my, this is good to hear. Knight Without Armor is one I started and didn't finish a while back, but I'll be sure to give it another chance. I also think I might not have been in the right frame of mind for a capital-R Romantic film at the time.

Like everyone else here, I adore Donat and think he's rather underrated today. I was browsing Tumblr earlier this week, and saw a few birthday tributes to him. One featured this quote from Walter Matthau (I believe he wrote the intro for a Donat biography at some point), which pretty well sums up his appeal for me:

"Robert Donat was as unique in his field as Mozart was in his. His composition was artless. He didn’t have an actory move in his body. His voice and speech were part of the wind. His intelligence was clear; devoid of any traps or devices. His was a radiant beauty. He glowed with decency and warmth and firm resolute justice. He was charming, forceful and delicate. Nothing showed. He breathed all the wondrous adjectives as though he were walking through a park.

One night in a pub, a lady asked for his autograph. When asked why she wanted it she said ‘because you’re such a comfort’."

Lakme, you will be so happy you tried it again...be patient, it is a Romantic movie, a Breathless Adventure movie, a Wow Could This Really Have Happened movie...

It takes a little time setting up the characters, but it's all necessary to really see those characters evolve. I don't want to oversell it, but I do think it is worth that second try.

"Life is not the way it's supposed to be.. It's the way it is..
The way we cope with it, is what makes the difference." ~ Virginia Satir
""Most people pursue pleasure with such breathless haste that they hurry past it." ~ Soren Kierkegaard
Top
Post Reply
18 posts