If you're a fan like me, you'll want to record these showing early tomorrow morning:

Dang, I didn't know he was in The Doctor and the Girl. I was half decided to record that. If I missed it then poo on me for it sounds like one of those titles that won't show up again any time soon.

Arkadin, very cute idea for a thread. I love this guy so much.

Chris - one of my favorites with Charles is Heaven Can Wait. Seeing him in a Lubitsch comedy is icing on the cake.

Of course, then there's Kings Row, where I never would have believed he could be so scary. 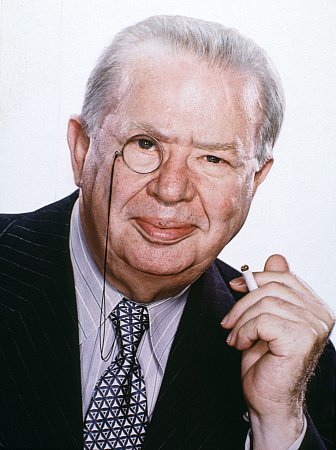 He was also fun with Cary Grant in "Monkey Business." And at his age. It has been forever since I have seen "KIng's Row" I have to see him in that kind of role.
Chris

I can't get over Charles Coburn with Bette Davis in "IN THIS OUR LIFE." It (unfortunately for me) colors his name in my mind.
"You build my gallows high, baby."

Heeee! I know what you mean, T-Mave! He was kind of hard in THE DOCTOR AND THE GIRL. too. He could be so charming or so devious.
"There's only one thing that can kill the movies, and that's education."
-- Will Rogers
Top

Thanks to TCM I've become a true blue Charles Coburn fan. Although I've enjoyed his performances in the films mentioned thus far, it's his portrayal of Scotman Alexander Gow in "The Green Years" that I love the most.
Joseph Goodheart
Top

When I am down and need to laugh, I watch The More the Merrier. Coburn won a Best Supporting Actor Oscar for this performance and he sure deserved it. Damn the torpedoes -- Full speed ahead!
Top

You know, I have to give TCM a thanks too.... I have finally discovered how great Charles Coburn really is, because the man worked all the time! All those years I thought he was in a handful of films, only to discover after watching TCM that he never had a moment's rest.. poor dear. And I am sure he loved it.

Of course I love him as "Piggy" in Gentlemen Prefer Blondes, and in The More the Merrierhe's a doll, but my favorite Coburn role will always be as the wonderfully wiley "Colonel" Harry Harrington in The Lady Eve. .

There are too many places to put this. There are at least two Joel McCrea threads and there may be a Jean Arthur thread but I thought this would be a nice place for a change.

I got to watch The Bride watch "The More The Merrier" over the weekend. It was completely by chance and often that is the best way to do it.

I thought here because it was as much, if not more, of Coburn's performance that helped her to love the film. She has seen him in other things. Most often as the grumpy father in "Vivacious Lady" so she had little idea what a joy he could be. And she certainly had fun watching him. Everything so natural and easy. It was a treat to watch him.

All the best scenes, save for the one on the front steps, involve him in some fashion.Take him away and it is not nearly as fun.

I wonder if The Bride has seen "The Devil and Miss Jones"?
Chris

I hope Movie Wife does get a look at THE DEVIL AND MISS JONES. I think it's a better film then "Merrier." Mr. Coburn is wonderful in both!
Top

She will. It's on the table next to the sofa as soon as she is ready.
Chris

Two in a row. She really liked "The Devil and Miss Jones." Thought it sweet with some funny moments. We are on a roll.
Chris