Florence Bates also earned a degree in mathematics before getting her law degree! My kind of woman... you KNOW she was a smart cookie.

And did you know that Shirley Booth went by the name of Thelma for a short while when she first started out?
Top

JackFavell wrote:Ha! You trying to steal my Andrew? Or are you implying he'd be stuck with Gladys?

Mrs. Charles Laughton simply ignites a scene. It's hard to look at anything else when she's on screen. She brings a character fully to life in ways few actors ever do. Shirley Booth has so much depth it's hard to describe. The back story of "Little Sheba" is suggested not through dialogue, but in the demeanor and fragility of the actress. She and husband Burt are at their very best, making this either a great movie or a great play on film. I'm not sure which is more accurate, but I don't really care!
Top

That's exactly how I feel about both women, red. I simply can't not watch Elsa, she is by far the most interesting thing on the screen, even when she's playing opposite Laughton!

Shirley Booth I had to come to gradually, so good was her interpretation in Come back Little Sheba. I couldn't bear to watch her, she was so painfully needy in that role. Then, when I was still fairly young, I found a picture of her in a library book - she had played Liz Imbrie in The Philadelphia Story on Broadway. I couldn't reconcile those two roles together in my mind.

I saw her in The Matchmaker much much later, and was blown away!It's a movie that remains one of my all time favorites (I say that a lot don't I? but it really is!) and it was in the first batch of VHS tapes I ever got. I just fell for it and her, hook line and sinker. That movie, and her performance made me understand why anyone would care about these people....what Wilder was getting at, and she's just absolutely SPOT ON as Dolly... I can't tell you what a joy it is to see her in that role! She's got the comedy down, the mannerisms, and she drives Paul Ford (another tremendously underrated actor) out of his mind. Then, about 2/3rds of the way through, there's this quiet scene where she talks to and about her first husband, who has passed... and she totally breaks my heart, every time I see it. A lot of people love the way that Judy Holliday adds all those little bits in Born Yesterday - the gin game, the way she goes from comedy to drama and then back again... Shirley Booth does the same thing in The Matchmaker, to perfection. She's a powerhouse, but actually very feminine, an iron fist in a velvet glove. I went back and watched Come Back Little Sheba after seeing The Matchmaker, and was floored... I never saw the heartbreak before, the depth of her performance. So here's to Shirley... almost forgotten as an elegant, high class actress behind that baggy, sloppy, frowzy, dowdy, but kindly demeanor she was too good at putting over.
Top

I always love it when some character actor takes the spotlight on TCM, purely by accident. At least I think it's by accident... I wouldn't put it past TCM to have a little mini-theme going on in which a favorite actor or actress gets to shine for a week or so.

Anyway, I brought this up because I saw Hobart Cavanaugh at least 5 times this week. Here he is, looking rather more kindly than I can ever remember him being in any movie:

Hobart Cavanaugh was, strangely enough, born in the rough and tumble town of Virginia City, Nevada. He was an engineering student (of course he was, although it would have been better had he been an accountant), but got the acting bug and made it to Broadway in 1916. His entrance into moving pictures was of course, inauspicious, according to IMDB, appearing in a B picture that has been lost. I find it interesting that he became a free agent in 1936, it seems so out of character for him. He was perfect as a banker or insurance agent, but was also quite believable as a slightly shady type in mysteries and noirs. His nervous, fidgety presence was always in demand and he did well, working right straight through until his death in 1950. This week he showed up on TCM in:

oh... well, maybe it was only four movies...but he was on LAST week in Wife Vs. Secretary.

Cavanaugh's next appearance on TCM is in Roughly Speaking, on May 12th.

Runner up in the mini marathon of movies was this man:

You may not know his name, but I'm quite sure he's taken you for a ride before... he's Murray Alper. He's one of the most recognizable actors from the classic era and television generation and yet I'm quite sure that his biggest fans don't even know what his name is. He was born, not surprisingly, in New York City. It seems he was always an actor, getting his first movie role at the start of the talkie era in 1929, as Louie in The Royal Family of Broadway. His final role was in Hook Line and Sinker. He appeared on countless TV shows, from Batman and Gomer Pyle to Alfred Hitchcock Presents.

This week he appeared in Rose of Washington Square and showed up this morning in Gambling on the High Seas. He played cabbies, bookies and cops and has a face that I love, along with his snappy go lucky 'dem and dose' demeanor.

Murray Alper can be seen tonight in Out of the Fog, in a change of pace role as a soda jerk, and on May 10th, he gets TCM's spotlight again when they show an Alper double feature - Sergeant York and The Horn Blows at Midnight.
Top

JackFavell wrote:...yet I'm quite sure that his biggest fans don't even know what his name is.

Ain't it the truth! Every time I see Murray Alper, it's "Oh there's the cab driver from 'Hands Across the Table'!" Now maybe your post will make the name stick. A terrific post! And pictures... Look at that grin! What a guy.

About Hobart Cavanaugh: Wendy, have you seen him in "Dangerous Blondes" ? He leaves me in stitches.
Top

Jacks, I've been meaning to ask, did you spot Edward Everett Horton in I am a Thief? He was on the train, sitting across from Irving Pichel & our Mary, when IP was telling everyone the first time that they would have to be searched. Sat there with his mouth open the whole time

Then he was the first man out the door, complaining loudly, after he had been searched.
"Life is not the way it's supposed to be.. It's the way it is..
The way we cope with it, is what makes the difference." ~ Virginia Satir
""Most people pursue pleasure with such breathless haste that they hurry past it." ~ Soren Kierkegaard
Top

The Ingenue wrote:
Ain't it the truth! Every time I see Murray Alper, it's "Oh there's the cab driver from 'Hands Across the Table'!" Now maybe your post will make the name stick. A terrific post! And pictures... Look at that grin! What a guy.

About Hobart Cavanaugh: Wendy, have you seen him in "Dangerous Blondes" ? He leaves me in stitches.

Thanks, Ingenue! I haven't seen all of Dangerous Blondes, to my chagrin because I'm a great fan of Allyn Joslyn....I saw the ending last time it was on TCM. I'll have to keep an eye out for it next time.
Top

knitwit45 wrote:Jacks, I've been meaning to ask, did you spot Edward Everett Horton in I am a Thief? He was on the train, sitting across from Irving Pichel & our Mary, when IP was telling everyone the first time that they would have to be searched. Sat there with his mouth open the whole time

Then he was the first man out the door, complaining loudly, after he had been searched.

It's funny you should mention it.... I did see him, but convinced myself that it was not him!

Every time I see Murray Alper, it's "Oh there's the cab driver from 'Hands Across the Table'!"

I've always thought that Hobart Cavanaugh rather resembled the young (was he ever young?) Walter Brennan: 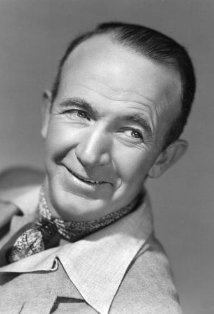 As for Murray Alper, to me, he is forever known as the truck driver who aids Robert Cummings in SABOTEUR.
Top
Post Reply
264 posts