I looked around for a topic dedicated to Charles Laughton to which to add this post, didn't find one, so created this new topic which we can use to discuss Mr. Laughton's life and work.

Charles Laughton was well known for his one-man show of readings, with which he toured in the 1940s and 1950s. Just recently I became aware that one (or more) of his shows had been recorded and released as a double-LP in 1962, as The Story-Teller: A Session with Charles Laughton. This recording has been digitized and is freely available at the Internet Archive: 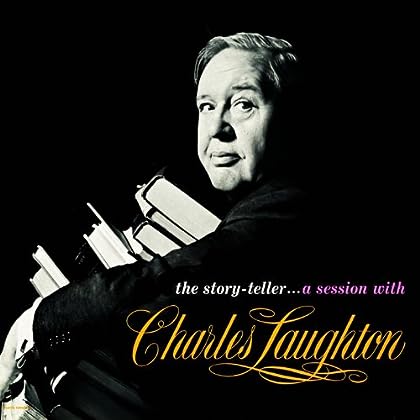 The recording(s) appear(s) to be from the mid-1950s (sometime after the passing of his friend Carl Milles in September 1955). I wasn't sure if I would like the show, concerned that his readings might tend toward over-hamminess without a director's guidance, so I was nicely surprised to find, for the most part, that is not the case. In fact, I found most of it to be riveting and I envied the live audience(s). The sound quality is very good, was probably professionally recorded. There are thirteen readings total: if one doesn't have time to listen to all, I would place a high priority on the reading from Julius Ceasar, which is almost twenty minutes yet flies by -- can you imagine that anyone other than Laughton himself would cast him as Mark Antony?! He's terrific. Second priority I would give to the Fiery Furnace passage from the Bible.

I found a couple more spoken-word albums by Laughton at the Archive; these are studio recordings, not quite so exciting, but may be of interest: 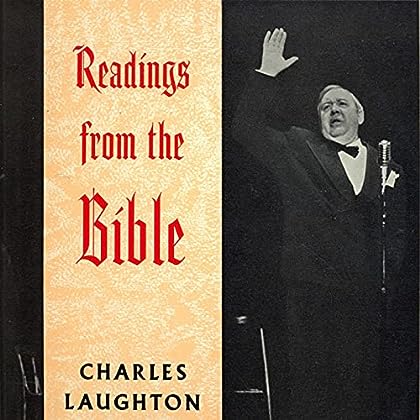 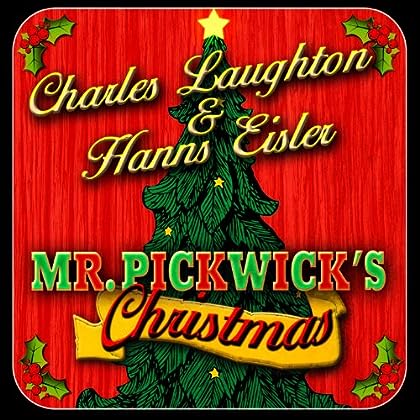 If anyone wants more, additional recordings have been digitized and are available commercially through Amazon and iTunes.

This is fascinating, Tourist! Laughton was one of the great actors, and an eternal contradiction to the theory that you must be good looking to make it in Hollywood! I love his interpretation in everything I've seen. I have no idea, if this is true. But I've heard someone challeged him to perform a dramatic reading from the phone book. He did this, and there were no complaints! Or so says the legend.

Some memorable appearances by this talented player:

HUNCHBACK OF NOTRE DAME
ADVISE AND CONSENT
RUGGLES OF RAD GAP
REMBRANDT
HOBSON'S CHOICE
THE MAN ON THE EIFFEL TOWER
And my favorite horror film, ISLAND OF LOST SOULS!

Considering there are many I failed to mention, this is a pretty impressive reusme!
Top

Thank you for bringing these great links to our attention, PT. I loved the cut from The Dharma Bums. Who knew that Kerouac and Laughton could be such a great combo?

I think that Laughton was most effective when he underplayed as he did that time in Ruggles of Red Gap (1935).
[youtube]http://www.youtube.com/watch?v=yHIjrZCAYp0[/youtube]

He loved recitations, even as a young actor, despite the fact that such theatrical readings were beginning to be regarded as old-fashioned by his contemporaries. (Orson Welles was fond of them too and his cohort Norma Lloyd would roll his eyes when he got carried away with them). Of course, those of us who relish Don Juan in Hell, know how effective they still can be, especially when well cast.
Avatar: Frank McHugh (1898-1981)


He is one of many reasons why I like Salome back in 1953 and these two pictures below are my favorites of him with Rita Hayworth the star of the movie ... Charles Laughton was a commanding presence in this biblical epic and he was a perfect complimentary piece to this movie that starred Rita Hayworth and Stewart Granger.

Anyway, enjoy these two favorites of mine of him and Rita Hayworth in SALOME.

I clearly remember he had a 15 minuted show of his readings on TV in the early 50's. It was the high point of my viewing each week.

My favorite Laughton film is “Witness for the Prosecution,” in which he and Elsa Lanchester seem to be having a ball, and I always feel as if I was invited to the pary.

I'm surprised no one mentioned his outstanding work as the director of "Night of the Hunter." What a shame he didn't keep up with it. He was as great directing as he was acting.

And a bigger shame is that we never got to see his "I, Claudius." Hope everyone has seen "The Epic that Never Was," a BBC production, narrated by Dirk Bogarde, presenting all of the scenes that were filmed before Merle Oberon’s accident was used as the excuse to close down the production. Many of those involved are also interviewed those many years later. If you haven’t see the documentary, you owe it to yourself to do so. It is available on YouTube in 5 parts, identified as “Claudius (1937).”

I found it interesting that, in the documentary, Bogarde rightly praises Laughton’s performance in what might be called the “Coronation Scene” (tongue in cheek) and compares it in glowing terms to Lawrence Olivier’s Saint Chrispen’s Day speech in “Henry V” and Judy Garland’s dressing room scene in “A Star is Born.” An interesting coupling, to say the least, but I have to agree with him.
AVATAR: Billy DeWolfe as Mrs. Murgatroid, “Blue Skies” (1946)

My favorite Laughton film is “Witness for the Prosecution,” in which he and Elsa Lanchester seem to be having a ball, and I always feel as if I was invited to the pary.

A great movie with splendid performances by all. Although Charles and Elsa were two greats of the movies I remember best the performances of Tyrone Power and Marlene Dietrich. The surprise ending also was great. I could never understand how Charles and Elsa stayed married so long after the things they said about each other. I would have thought they would have divorced.
Top

Fossy wrote:A great movie with splendid performances by all. Although Charles and Elsa were two greats of the movies I remember best the performances of Tyrone Power and Marlene Dietrich. The surprise ending also was great. I could never understand how Charles and Elsa stayed married so long after the things they said about each other. I would have thought they would have divorced.

You're forgetting it was a marriage of convenience!
AVATAR: Billy DeWolfe as Mrs. Murgatroid, “Blue Skies” (1946)

Laughton gives a very good performance in The Suspect, a 1944 noir, which co-stars Ella Raines. He's a man driven to murder, but, one of the most sympathetic murderers that I can think of in the movies. And, although I've never cared much for the film--he's wonderful in Spartacus. He's the only Roman senator I can think of with a Yorkshire accent!
"...Then as a bee, which among weeds doth fall,
Which seem sweet floures with lustre fresh and gay,
She lights on that, and this, and tasteth all,
But pleasd with none doth rise and sore away..."
Top

An actor I'll watch anytime in anything. Laughton is always entertaining, even when, on occasion, the ham might be cut just a little too thickly, as in CAPTAIN KIDD, THE STRANGE DOOR and (naturally and likely necessary) ABBOTT & COSTELLO MEET CAPTAIN KIDD. But since I generally watch movies (as opposed to "films") for entertainment not edification, Charles Laughton perfectly fits the bill.
Top

"But since I generally watch movies (as opposed to "films")". W.G., I thought they were one and the same thing!
"...Then as a bee, which among weeds doth fall,
Which seem sweet floures with lustre fresh and gay,
She lights on that, and this, and tasteth all,
But pleasd with none doth rise and sore away..."
Top

Just my own terminology, Joe. A "movie" is entertaining, a "film" is more of a learning experience.
Top

Laughton was not only a remarkable actor, but a remarkable movie star. There aren't very many leading actors of his stature and caliber who could make such a lasting impression on audiences for so long without being "pretty." His lack of conventional good looks didn't stop him from playing romantic (or quasi-romantic) roles, and didn't stop audiences from wanting to see him.

I do think that Laughton was rather cute, in a plump and rumpled way, in his earliest roles. Apparently, he chose not to go the high fashion and surgery way to preserve his youth onscreen. Doubtless he was more interested in playing the more substantive character parts anyway. He could be hammy as heck, but it seems we always forgave him, because he was so compelling, and so interesting to watch.

I find Laughton positively charming in his movies with Elsa Lanchester, and his Ruggles, opposite ZaSu Pitts is so sweet, and believable. I also like him especially in "Payment Deferred." A weak and guilt-ridden mass of twitches and ticks after committing a murder, he still finds enough in the character to make us feel sympathy. He and the now forgotten but wonderfully arch Veree Teasedale are terrific in their scenes together -- he wanting to be naughty while his wife's away, and she a French adventuress bent on getting as much money out of him as possible. They are very well matched.

My all-time favorite Laughton role is the despicable Earl Janoth in "The Big Clock." He's smarmy, calculating, and positively icky. It's a scenery-chewing performance that lifts this fine movie up even higher.
Top

Almost forgot--Rembrandt. A Korda picture from 1937. Not seen this since the '80s! I love 17th Century Dutch art. The ending is sweet. Not in the "cute" sense, but natty (and haunting). Just as in "The Private Life of Henry VIII", Laughton turns to camera (as Rembrandt, he's working on another self portrait) and intones the biblical quote: "Vanity of vanities, all is vanity".
"...Then as a bee, which among weeds doth fall,
Which seem sweet floures with lustre fresh and gay,
She lights on that, and this, and tasteth all,
But pleasd with none doth rise and sore away..."
Top
Post Reply
23 posts

Users browsing this forum: No registered users and 9 guests