by charliechaplinfan
Martita Hunt is wonderful in everything she's in. Count me as another fan.

by Professional Tourist
I found these scans at a blog, of what appear to be vintage magazine pages illustrating AM's facial age makeup process. The full-sized images, too large to link here, can be accessed via the site: one and two. Note that this article does not show the process of aging her hands, which also took quite a while each day. 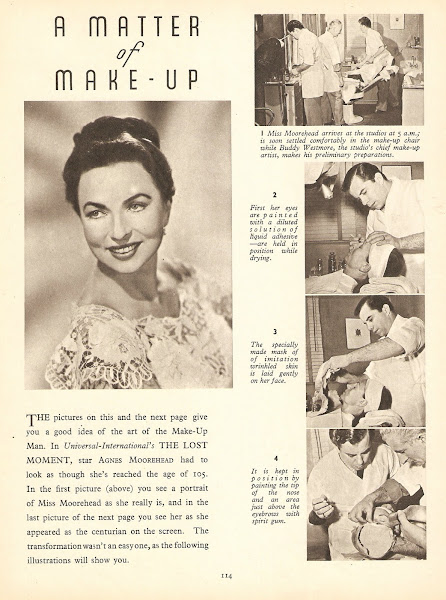 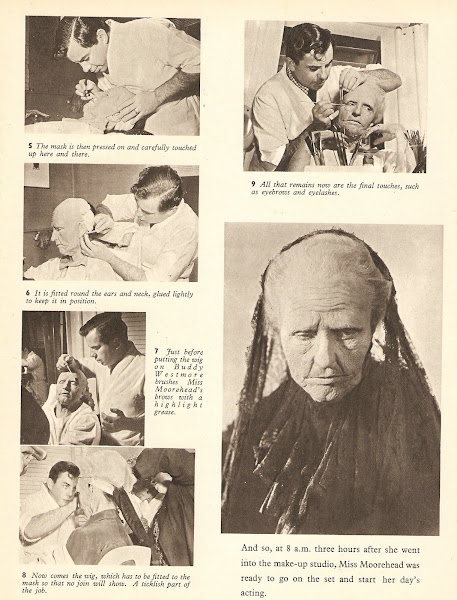 by feaito
Thanks for posting these scans PT

...I have just remembered that these pages are from the 1947 or 1948 edition of the British book "Films in Review", of which I own those two editions.

by Professional Tourist
There's nothing unusual in a 105-year-old woman walking around Univseral's sets. Not at the Martin Gabel Company. Nope.

by JackFavell
How does she keep her legs looking like a thirty year olds? That's what I want to know.

by feaito
Last Saturday, I watched for the 4th time, this wonderful creepy film, along with my wife and two American friends, as part of a "movie night session" I sometimes plan...I never get tired of watching it and discovering new aspects and details....I wish it were released by Criterion, with lots of Extras!

by Professional Tourist
Here's another copy of the film uploaded a few months ago, without the captions: