by Lucky Vassall
I’m putting this in musicals, since that seems the best place for it, although it could be in new reads or, for a reason shortly to be mentioned, under youtube viewing.

Just finished reading “Musicals on the Silver Screen: A Guide to the Must-See Movie Musicals,” by Leonard Kniffel (Huron Street Press 2013). Certainly not the greatest summation of musicals (and he used a pretty broad definition of the term), but a lot of fun. It's guaranteed to offer something new to think about and it does a pretty good job covering most of the musicals (and maybe musicals) by decade.

The author doesn’t hesitate to put forth his opinions. They're a real blast when you agree with them, and a hoot when you don't. One example, in his review of “Sweeney Todd” he states: “this one is a must-see only if you love to hum ‘Springtime for Hitler’ as you clear the dinner table.”

Now to the point of this post: One thing I learned that you might enjoy was in his comment on a great film version of a truly great Broadway musical that’s never been released on VHS or DVD. He mentions that, fortunately, the film version of one of Broadway’s greatest show-stoppers from that film is available on youtube:

It’s really a bad transfer. Obviously, the only available source was a poor celluloid copy, but at least it’s been preserved for us and gives some idea of what the audience reaction to the live performance of the number by the star (who also played the part on Broadway) must have been like. Can anyone watch him and not end up smiling? (Did you guess who it was before visiting youtube?)

The book also mentions a great movie trivia database, previously mentioned in posts here. I'm mentioning it because it has a section devoted to musicals:

If you haven’t visited it, I suggest checking it out, it can be lots of fun browsing through the various areas. There are annotated lists on every conceivable subject. Be sure to check out the top 50 movies snubbed by Oscar. My favorite on the list is “The Women” which gets a replay at San Francisco's Castro at least once a year, although “Night of the Hunter” certainly deserved some notice. Why do you suppose they had it in for Charlie L? (Understand he hated that nickname.)

I can’t end this without quoting in it’s entirety the final listing in the book:

THE ARTIST (2011)
It’s fitting that this list end where it began, with a movie set in 1927, when the advent of “talkies” ended the career of many an actor and actress. The Artist is a little French film that took the world by storm, even though it is a black-and-white silent movie. How can a silent movie be a musical, you ask? Don’t miss seeing this film and finding out for yourself. The performances of Jean Dujardin and Berenice Bejo are musical throughout the film in many ways, and the closing dance number tells more about the transition from silent to sound than Al Jolson did more than eight decades ago.

Re: The B'y to H'd Musical that has never been on VHS or DVD

by Rita Hayworth
I'm a little confused by this subject matter and I thought you said that the ARTIST a Movie that came out in 2011 never, ever went to DVD and I happen to have a copy of it.

Here's Proof of the Pudding! 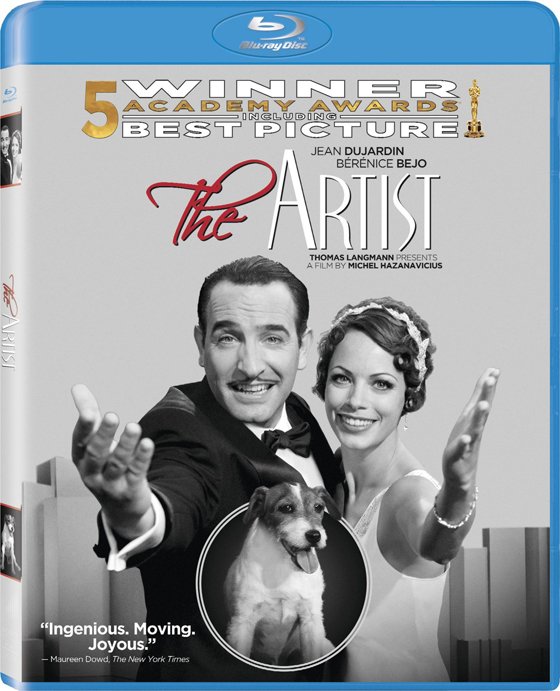 Re: The B'y to H'd Musical that has never been on VHS or DVD

by Lucky Vassall
Sorry for the confusion. Maybe I should have made this three separate posts in three different areas.

"The Artist" is simply the last film listed in the book.

To give you a chance to guess what film it might be, the musical that has never been on VHS or DVD is hidden in the youtube URL.
All times are UTC-05:00
Page 1 of 1
Powered by phpBB® Forum Software © phpBB Limited
https://www.phpbb.com/