by Professional Tourist
All of us know of Martin Luther King, Jr. as a charismatic preacher and civil rights leader, but how many knew that Otto Preminger had intended to cast him in his film Advise and Consent? 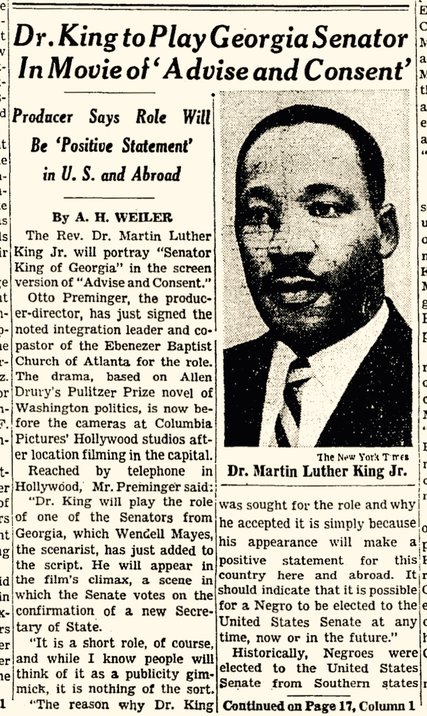 by Lomm
Interesting, I wonder what happened with the film role. The interviews are another side of Dr King that I've never really seen, having honestly only known him from reading about him and from his well known speeches (has anyone NOT seen the I have a dream speech?