Has anyone seen this good series called 'Skins' on E4?
Top

Welcome to the Oasis! I see you've been very active and that is wonderful. I'm glad you joined us.

I'm not familiar with that series. Can you tell us a little about it? I looked it up on imdb.com and it doesn't look like it has played in the US.

I think you are our first Australian member. We are quite international as we have members from Chile, Canada, The UK, France, Norway so I think we have most regions covered. Good for us.
Chris

Thanks for the warm welcome, it's good to see so many people all over the world to gather to one place to discuss classic film.

Skins is a British teen drama from Company Pictures which premiered on E4 on 25 January 2007. The writing team includes the Dawson brothers, Steve, Andrew and Tim (Balls of Steel, Dirty Tricks), Jack Thorne (Shameless) and Josie Long. They also have guest writers for certain episodes, such as Simon Amstell (Popworld, Never Mind The Buzzcocks).

Skins is filmed in Bristol; the school scenes are all filmed at John Cabot Academy. It was shot entirely in High Definition.

Skins revolves around the lives of a group of 16–18 year-old friends who live in Bristol. The Dawson Brothers claim the series represents the everyday lives of adolescents. The group includes a popular boy, his girlfriend, a Muslim boy, a gay character, a girl with eating disorder, a boy who is desperate to lose his virginity, an intelligent and privileged girl with family problems, and a party animal in love with his teacher. These characters attend a sixth form college in Bristol. Each installment has a self-contained theme focusing on each different character respectively, but there are several story arcs that span different episodes.
Top

Sounds interesting. Seems more a fit for our cable channels than the networks. Maybe someone will pick it up here.
Chris

The character Chris (played by Joe Dempsie, who would later appear in GAME OF THRONES) broke my heart. 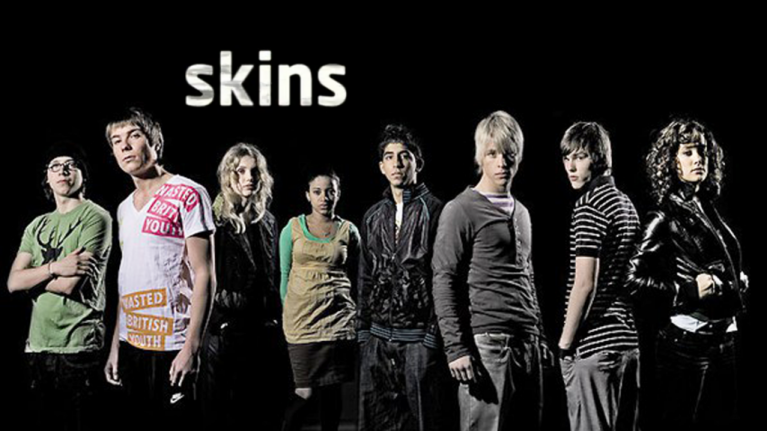